On February 29, Moscow hosted a regular meeting of the UN Global Compact Network Russia dedicated to development vectors and forthcoming events of 2016. 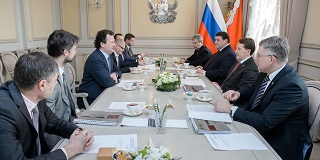 RANEPA and ACIG to Help Voronezh Region with Strategic Planning

On February 11, Governor Alexey Gordeev met with the heads of the Russian Presidential Academy of National Economy and Public Administration (RANEPA) and ACIG Group of Companies. 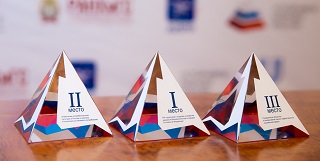 The Sustainable Future of Russia Platform for Young Professionals has been operating since 2011 and over the past five years it has turned from the competition of students’ works into a federal system of selection and development of young talents. 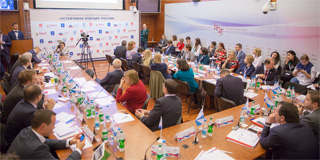 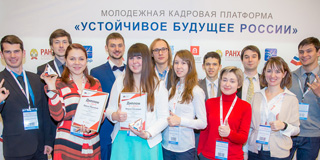 Young Talents of Russia were Awarded at the Gaidar Forum

Ceremony of awarding the winners of the Sustainable Future of Russia Platform for Young Professionals was held on January 15, 2016, in the framework of the youth program of Gaidar Forum.

RANEPA hosted the final stage of the contest within the framework of Sustainable Future of Russia Platform for Young Professionals that took place in the convention hall at Prechistenkaya Embankment on December 21. The expert panel formed of the contest organizers ACIG Group of Companies and RANEPA, partners including Unilever, the Ministry of Economic Development of the Russian Federation, as well as guests representing SAP, Wikium and MASCOM Group of Companies evaluated the work of participants who successfully accomplished the Platform’s selection and educational program. 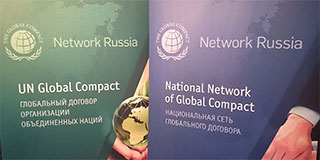 ACIG Group of Companies Takes Part in the DRWA Meeting

On December 14, 2015, Berlin hosted a meeting of the Germany-Russia Economic Alliance (DRWA) Board. The meeting was attended by Mikhail Prokudin, Head of the International Relations Division at ACIG Group of Companies that is a member of the Alliance Board.

Board of Trustees Session is Held at RANEPA

Session of the RANEPA Board of Trustees was held on November 23, 2015, in the framework of which the Academy Development Program till 2020 was discussed. 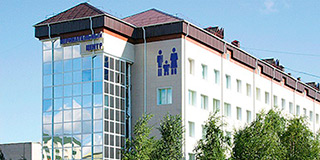 In September 2015, the Department for Management of Change jointly with RANEPA completed a project on cost-benefit analysis of engineering, construction, and operation of the perinatal centre in Surgut.